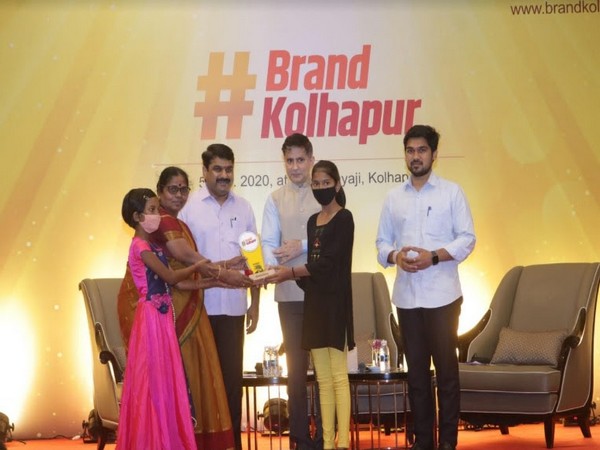 Kolhapur (Maharashtra) [India], December 5 (ANI/NewsVoir): The annual Brand Kolhapur festival took place amidst glitz and celebration to encourage changemakers and achievers from Kolhapur city in Maharashtra.
98 achievers were conferred with the prestigious Brand Kolhapur title for carrying the rich socio-cultural legacy of Kolhapur on a national and global scale. “Brand Kolhapur was initiated in 2018 to celebrate the exemplary talent of Kolhapur and share Kolhapur’s inspiring stories in the global community. Kolhapur is blessed with immensely talented, hardworking, and courageous citizens, and it is a matter of pride for us to recognize those who have brought glory for our Kolhapur,” said Minister of State Satej (Bunty) Patil, who is also the Guardian Minister of Kolhapur and the brain behind Brand Kolhapur.
Secretary of State Urban Development (Govt of Maharashtra) Bhushan Gagrani, who is also from Kolhapur, graced the event as Chief Guest.
“Kolhapur has every ingredient that makes it an exceptional city – be it scientific advancement or the rich history and exemplary achievements of our people in arts, sports, and other fields. Brand Kolhapur is celebrating this image and I am glad to honor our achievers. This is one of the unique initiatives to felicitate true brand ambassador of the district,” he said.
The event was attended by various dignitaries such as Ruturaj Patil, MLA from Kolhapur South Constituency, and other celebrated personalities from Kolhapur.
The title was conferred to 50 sportspersons from Kolhapur who represented Kolhapur at ‘Khelo India’ and 13 athletes who won the prestigious Iron Man International title. Scientists, entrepreneurs, artists, social changemakers and innovators were also conferred with the prestigious Brand Kolhapur award.
Brand Kolhapur was initiated in 2018 by the Minister of State for Home, IT, Housing and Transport Satej (Bunty) Patil to honor and celebrate the exemplary talent of Kolhapur from various fields such as Arts, Sports, Science, Technology, Literature, Research, and Social Impact.
This story is provided by NewsVoir. ANI will not be responsible in any way for the content of this article. (ANI/NewsVoir)

Stockholders to mandatorily disclose stocks of Tur: Centre to States/UTs

PM to dedicate 2G Ethanol Plant in Panipat on August 10