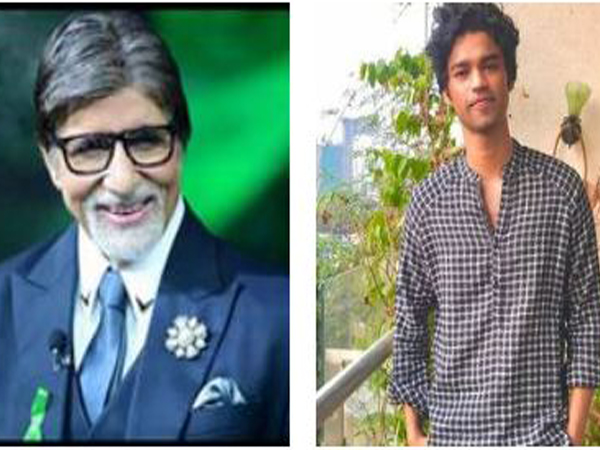 New Delhi [India], April 19 (ANI): Megastar Amitabh Bachchan, on Monday sent good wishes to the team of the film ‘Qala’ as the makers released behind the scenes video from the making of the movie that stars late actor Irrfan Khan son’s Babil.
“Anvita ji .. Wishing all the very best .. looking quite different .. good to see the making as well,” Big B tweeted by sharing the video on his official handle. 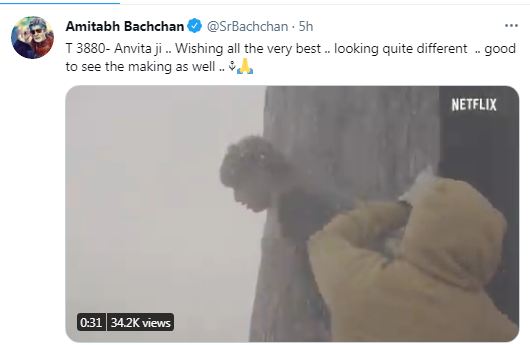 The upcoming feature film ‘Qala’ will mark the second collaboration of Anushka Sharma’s production house- Clean state films with Netflix after critically-acclaimed feature drama ‘Bulbbul’ that was released on the streaming giant in 2020.
The project will be helmed by Anvitaa Dutt who had previously directed ‘Bulbbul’ for the Clean States. She is also known for her works in critically and commercially hit movies like ‘Queen’, ‘Dostana’, ‘Bachna Ae Haseeno’, and more.
Through ‘Qala’ late legendary actor Irrfan Khan son- Babil will make his debut in the Indian film industry. Along with him, the movie will also feature Tripti Dimri and Swastika Mukherjee in pivotal roles.
The plot of the film is being kept under wraps for now, but through the official releases, it is evident that the movie will revolve around the story of a daughter who craves her mother’s love. (ANI)