As the mock drill, the scenario was that four terrorists, fully armed have injured few civilians and have taken certain innocent civilians hostage at first floor of ISBT, Kashmere Gate. 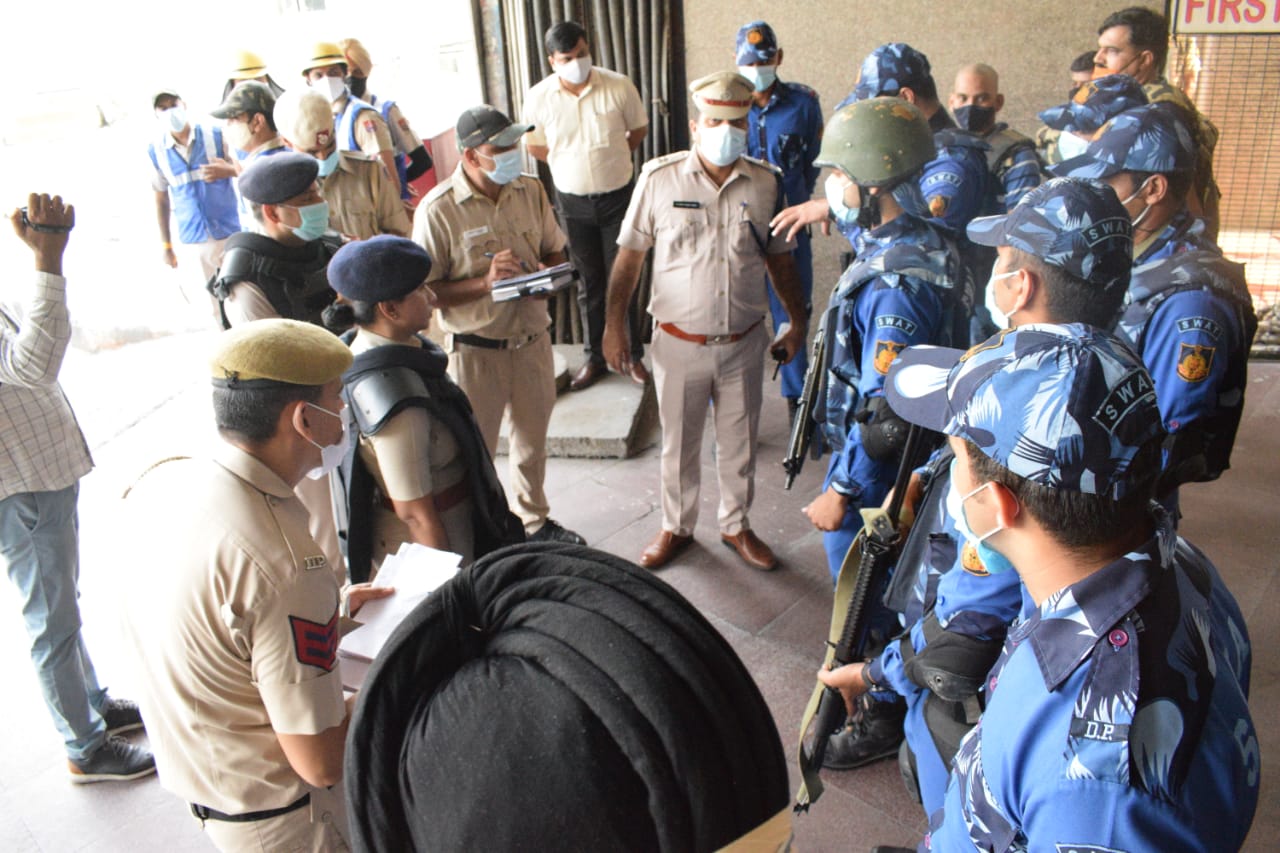 As the mock drill, the scenario was that four terrorists, fully armed have injured few civilians and have taken certain innocent civilians hostage at first floor of ISBT, Kashmere Gate.

Immediately, a message was flashed to all concerned agencies including CAT, Fire, DDMA, Spl. Cell, SWAT teams of Delhi Police.

Within minutes of incident, a Command Post was set up under the leadership of Sagar Singh Kalsi, DCP, North District. Approximately, five to six teams from within the North District police were pooled in with complete bullet proof jackets and fire power to act as first responders.

First of all, complete access control was established within minutes and incident site was cordoned off to avoid any further damage.

All agencies responded swiftly. The terrorists were challenged by the team of North District under the supervision of Ms Anita Roy, Addl. DCP/North District, comprising of Uma Shankar, ACP/Kotwali, Inspr. Dharmender Kumar, SHO/PS Kashmere Gate etc. along with Special Cell and SWAT team of Delhi Police under the guidance of DCP/North District.

Out of four terrorists, one terrorist was overpowered by the team of Spl. Staff, North District and SHO/PS Kashmere Gate, who were the first responders.

Three other terrorists were neutralised by the team of Special Cell and SWAT of Delhi Police.

Four hostages were recovered and evacuated safely and the injured were rushed to hospital in good time.

ISBT, Kashmere Gate is one of the oldest Inter State Bus Terminals of Delhi with heavy footfall.

Around 1800 buses move on daily basis to 7 different states of India. It is a highly sensitive vital installation that is vulnerable to anti-social threats.