Biden to redirect USD 42.4 million assistance from Myanmar amid sanctions 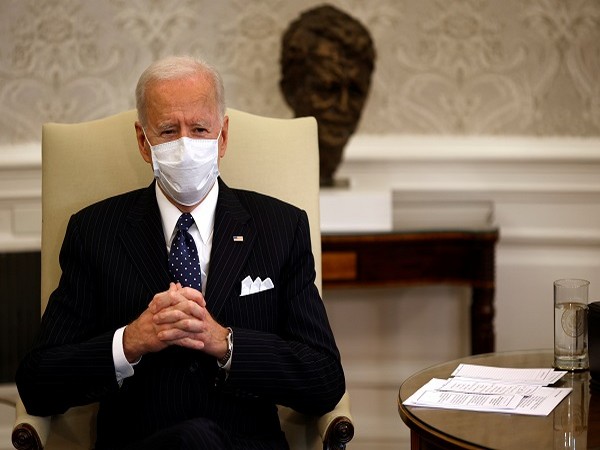 Washington [US], February 12 (ANI): US President Joe Biden on Thursday (local time) ordered a redirection of USD 42.4 million of assistance away from the Myanmar government following a military coup.
“As part of today’s actions, United States Agency for International Development (USAID) will redirect USD 42.4 million of assistance away from work that benefits the Government of Myanmar, including support for reforming economic policy, to programs that support and strengthen civil society and the private sector,” read a fact sheet by the White House.
However, the USAID will continue its support to the people of Myanmar with approximately USD 69 million in bilateral programs that will provide direct benefits to sustain and improve the health of the people of Myanmar, including efforts to maintain democratic space, foster food security, support independent media, and promote peace and reconciliation in conflict-affected regions.
“Today’s sanctions need not be permanent… the results of Myanmar’s November 8, 2021 elections must be respected, and Parliament should be convened at the earliest opportunity,” said the White House in the statement.
The White House also called for Myanmar’s military to immediately restore power to the democratically-elected government and release unjustly detained government and political officials, including State Counsellor Aung San Suu Kyi and President Win Myint.
The US Department of the Treasury designated 10 individuals and three entities for their association with the military apparatus responsible for the coup, according to the statement.
Among these individuals are six members of the National Defense and Security Council, including Commander-in-Chief of the Burmese military forces Min Aung Hlaing and Deputy Commander-in-Chief of the Burmese military forces Soe Win, as well as four members of the State Administration Council.
Under the new Executive order signed by Biden, the Treasury Department can also target the spouses and adult children of these individuals.
The White House further designated three entities, including Myanmar Ruby Enterprise and Myanmar Imperial Jade Co., LTD. which are wholly owned subsidiaries of a conglomerate owned or controlled by the Burmese military.
Furthermore, the Department of Commerce is taking immediate action to limit exports of sensitive goods to the Burmese military and other entities associated with the recent coup.
Meanwhile, the US will continue to work with our partners throughout the region and the world to support the restoration of democracy and the rule of law, as well as to hold accountable those responsible for overturning Myanmar’s democratic transition, read the statement.
Myanmar’s military launched a coup on February 1 and detained State Counsellor Aung San Suu Kyi, Win Myint and other National League for Democracy (NLD) members.
The military also announced a one-year state of emergency in the country, vowing to “take action” against alleged voter fraud during the November 8 general election, which saw Suu Kyi’s NLD party secure a resounding victory.
To quell rising protests against the coup, police forces on Tuesday arrested over 100 demonstrators and firing live rounds and riot control weapons that led to serious injuries. (ANI)