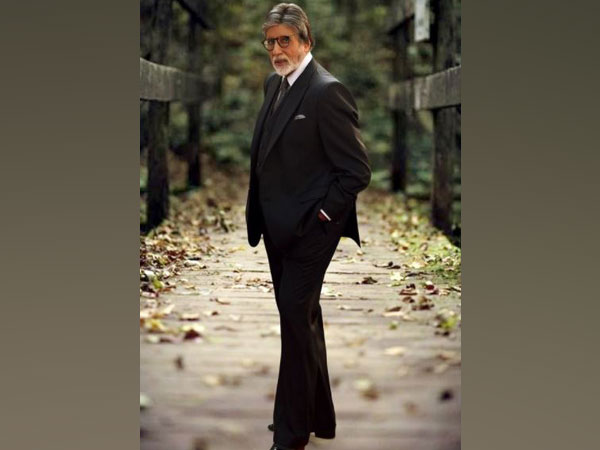 New Delhi [India], February 12 (ANI): Megastar Amitabh Bachchan treated his fans to a debonair picture of himself on Friday and shared some lines from his late father and poet Harivansh Rai Bachchan’s renowned book ‘Madhushala’.
Big B, who is busy shooting for his upcoming film ‘Mayday’ in Mumbai posted a dashing picture of himself on his social media accounts. The well dressed 78-year-old star is seen donning a classy jet black pantsuit and looks dapper in the same while posing for the lens.
With the picture that accumulated more than two lakh likes on the photo-sharing platform, the ‘Don’ actor penned down few lines from one of his father’s notable books ‘Madhushala’. The lines express how an alcoholic person advances toward a taphouse and gets confound between his ways.
“Madiralay jaane ko ghar se chalta hai peene wala; kis path se jau, asamanjas me hai wo bhola bhala; alag alag path batlaate sab’ par mai ye batlaata hu, raah pakad tu ek chla chal paa jayega madhushala,” his caption read. 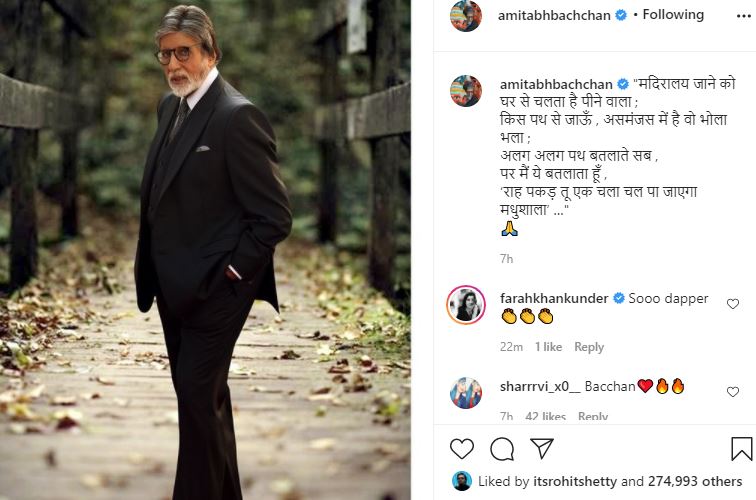 (Translation: The drunken man walks from home to go to the tavern; which path should I go, the innocent is in confusion; All are telling different paths, But I tell you this, hold one path, and keep walking, you will soon find the tavern)
The veteran actor keeps on posting such motivational thoughts inspired by his father and some from his own creativity on his social media accounts.
Meanwhile, on the work front, Amitabh Bachchan had been shooting with the cast and crew of ‘MayDay’ which is being directed by Ajay Devgn who will also be portraying a pivotal role in the film. Apart from Big B and Ajay, the film will also feature Rakul Preet Singh.
As per reports, YouTuber Ajey Nagar, popularly known as CarryMinati, will make his acting debut with the film. Devgn had announced that ‘Mayday’ will be hitting the big screens on April 29, 2022.
Apart from the upcoming film, Big B, who was last seen in ‘Gulabo Sitabo’, has an impressive line-up of films in the pipeline including Rumi Jaffery-directed ‘Chehre’, Ayan Mukerji’s superhero movie ‘Brahmastra’, and Nagraj Manjule’s sports film ‘Jhund’. (ANI)