BJP MP Manoj Tiwari, others got injured during protest against ban on Chhath festivities 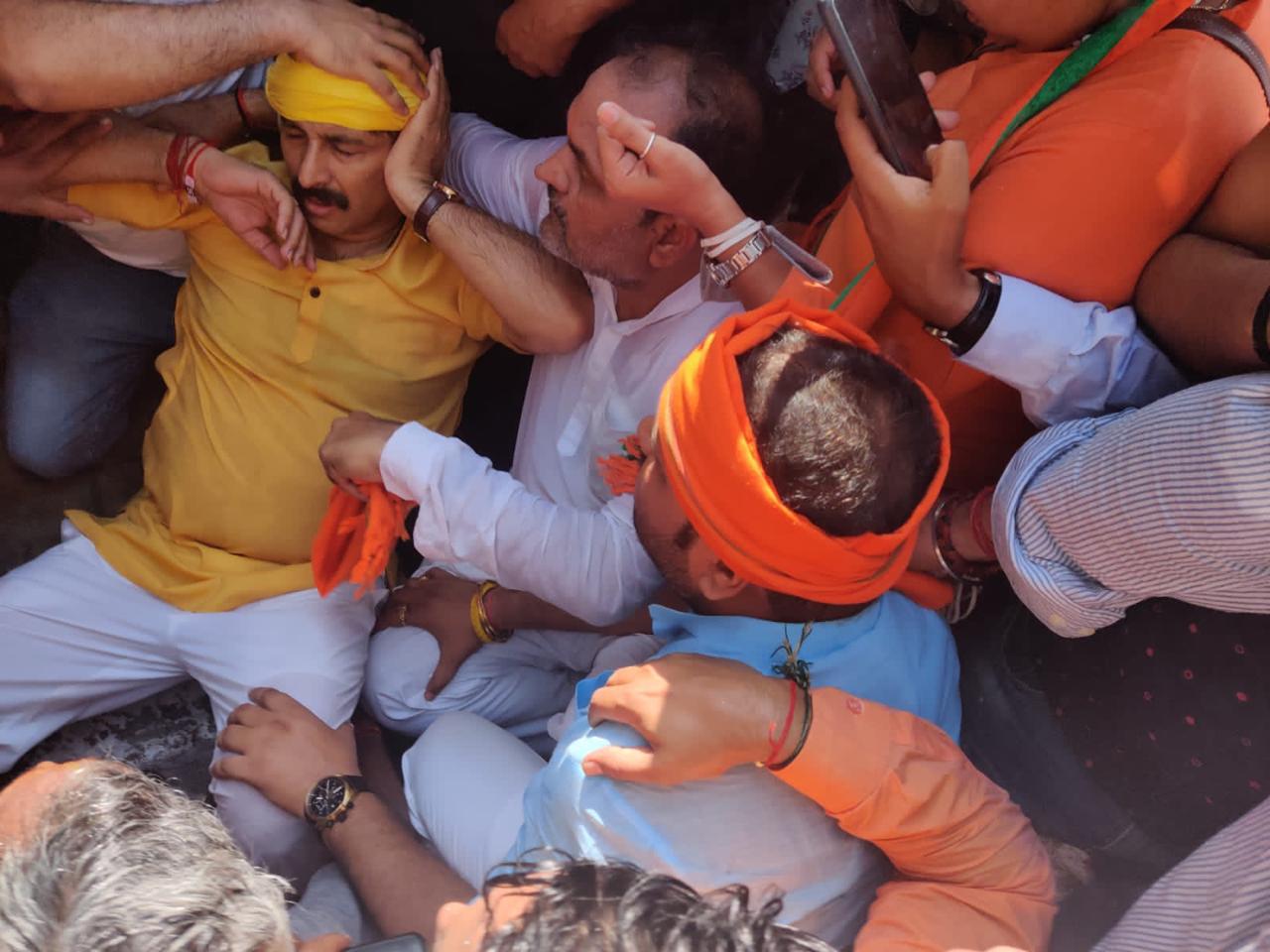 BJP MP from North East Delhi and Former Delhi BJP president Manoj Tiwari was rushed to Safadarjung hospital after being hit by a water canon during a demonstration in front of Delhi Chief Minister Arvind Kejriwal`s residence.

Tiwari climbed on the barricade when the police used water canon to disperse the protestors which hit Tiwari.

The state BJP president Adesh Gupta and Mr Tiwari today was leading a massive protest demonstration against the anti-cultural Kejriwal government’s decision to ban celebrations of Chhath festivities in the city near the chief minister’s residence.

A large number of protestors from poorvanchal morcha of the party rent the air with anti-Kejriwal slogans and demanded the decision be reviewed.

“He has been admitted in the emergency ward of Safdarjung Hospital and is under treatment,” Neelkant Bakshi, a BJP leader said.

For past one week, Tiwari has been demanding lifting of ban on Chhath puja and has also started ‘Chhath Yatra’ to mobilize people against the ban.

Addressing the protestors, Gupta charged the Kejriwal-led Delhi government with being anti-Hindu and added it is rather strange to put a ban on Chhath puja celebrations when markets, shops, cinema halls and even swimming pools in Delhi are open. He assured that while Kejriwal government may not make arrangements for the chhath pooja, but the BJP- governed corporations will make adequate arrangements for our poorvanchalis brothers and sisters so that they can celebrate the festival .

Chief of Army Staff proceeds on a visit to Sri Lanka