From Big B to Neetu Kapoor, Bollywood stars extend greetings on Ram Navami 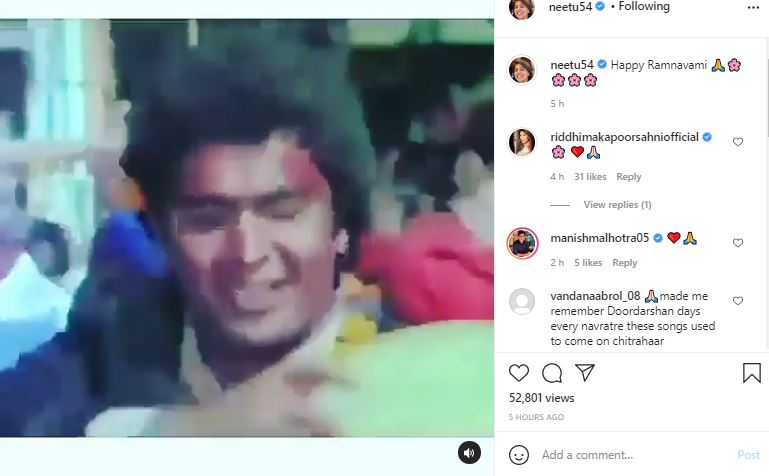 The video sees Rishi singing the song ‘Ramji Ki Nikli Sawari’ as he is seen walking on a street with a chariot of lord Rama’s idol. The clip showcases the actor singing and making merry as he becomes a part of the atheists.
Along with the video, Neetu wrote, “Happy Ramnavami” and added joined hands and flower emoticons.
Big B took to Twitter and posted pictures of idols of Lord Rama and goddess Sita. Along with the tweet, he wrote, ” Jai Shree Ram.” 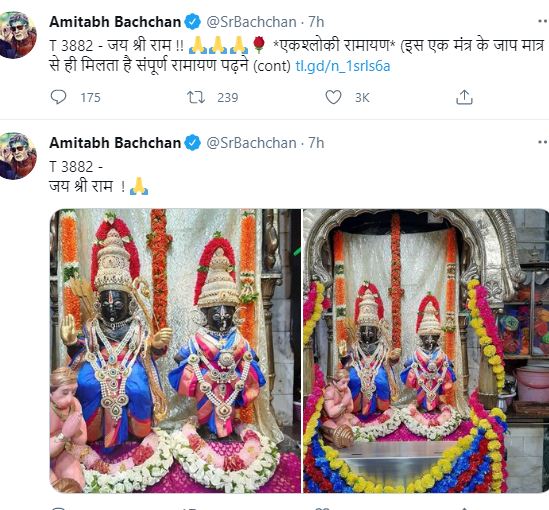 The actor also posted a verse from Ramayana (holy scripture) and shared a mantra that gives the benefits equal to reading the whole Ramayana. 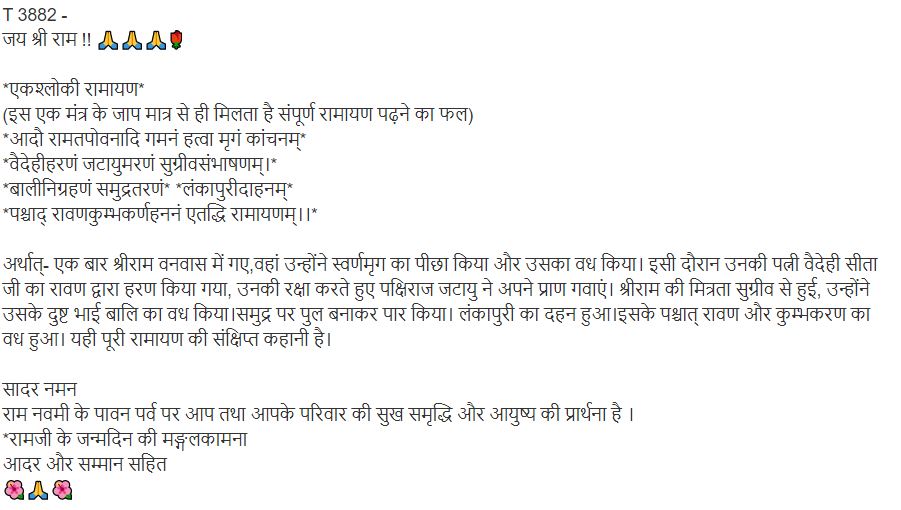 The ‘Don’ actor also posted a link to his blog in which he extended greetings on the festival in Hindi.
Sanjay Dutt took to Twitter to share good wishes on the auspicious occasion of Ram Navami.

He wrote, “Praying for everyone’s well-being today and urging all of you to take as many precautions as possible. May Lord Ram bless us all and end our sufferings soon. #HappyRamNavami #StayHome #StaySafe”
Earlier in the day, Akshay Kumar, Anupam Kher and Raveena Tandon sent best wishes of Ram Navami on social media.
Chaitra Navratri, which begins on the first day of the Hindu Luni-Solar calendar, this year commenced on April 13. It falls during the spring season every year and is considered auspicious among various communities in the country. Devotees of the Goddess Supreme Durga, observe a fast for nine consecutive days and pray for good health, forgiveness, and prosperity. (ANI)