He is still going, I'm watching from sofa: Dale Steyn on comparison with Anderson 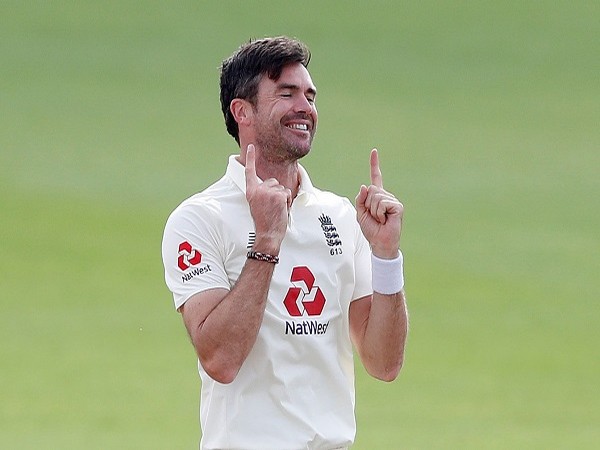 New Delhi [India], February 11 (ANI): South Africa pacer Dale Steyn has played down comparisons with England pace spearhead James Anderson saying that the bowler seems to be getting better with age.
Anderson delivered a masterclass spell to lead England to a win over India in the first Test on Tuesday. The right-arm seamer produced three wonderful deliveries to dismiss Shubman Gill, Ajinkya Rahane, and Rishabh Pant on day five of the first Test here at the MA Chidambaram Stadium.
There were comparisons between the two fast bowlers as to how well they have performed in Asian conditions but Steyn praised Anderson in a quirky manner and said the English bowler is still in his prime while he is watching the matches on his sofa.
“The only comparison required is that Jimmy is still going and I’m watching from my 20/20 sofa. He’s a legend and seems to be getting better with age,” Steyn tweeted.
England skipper Joe Root had also heaped praise on Anderson. The England skipper said the pacer’s amazing spell reminded him a little of Andrew Flintoff’s heroics in 2005.
“It reminded me a little bit of Flintoff in ’05 and the impact of that over to Ponting and Langer, but in the context of this game it was huge,” Root said in the post-match press conference on Tuesday.
Back in 2005, Flintoff’s fiery spell had helped England defeat Australia by 2 runs in Edgbaston. The former player had picked the wickets of Langer and Ponting in the 13th over. Flintoff had finished with the figures of 4/79 during Australia’s second inning
England’s winning start against India in their ICC World Test Championship series has kept alive the visiting side’s hopes of making the final of the nine-team competition.
The victory at the MA Chidambaram Stadium in Chennai on Tuesday has lifted England to first place and 70.2 percentage points on the points table and they’ve improved their chances of securing one of the three series results in their favour that could see them through to the final – 3-1, 3-0 or 4-0. (ANI)