The 'Himveers' of the border patrol organization also practised Yoga at the banks of Pangong Tso Lake in Ladakh. 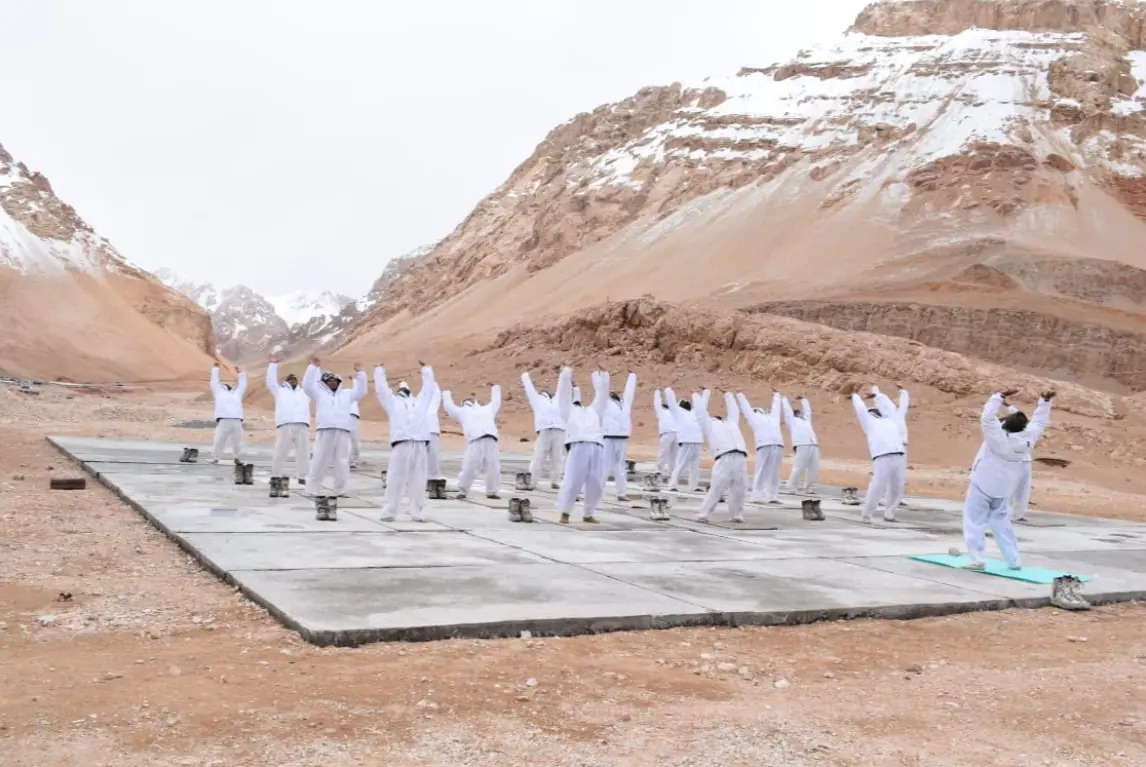 New Delhi: On International Day of Yoga, the Indo-Tibetan Border Police (ITBP) personnel on Monday performed Yoga at over 18,000 feet in Ladakh amid snow conditions.

The ‘Himveers’ of the border patrol organization also practised Yoga at the banks of Pangong Tso Lake in Ladakh.

On the event, some ITBP personnel performed Yoga at 16,000 feet in Himachal Pradesh, 14,000 feet at the bank of Pangong Tso in Ladakh, at Animal Transport School in Arunachal Pradesh’s Lohitpur with horses and near Galwan valley in Ladakh on the Line of Actual Control (LAC) where as many as 20 Indian Army personnel had laid down their lives in the clashes with Chinese Army on June 15 last year.

The specialised mountain force, ITBP, is deployed on border guarding duties from Karakoram Pass in Ladakh to Jachep La in Arunachal Pradesh covering 3,488 km of Indo-China Border and manning Border Outposts on altitudes ranging from 9,000 to 18,800 feet in the Western, Middle and Eastern sectors of the India-China border.

Edtech Platform ApplyBoard Announces $300 M Investment Round with a Valuation of $3.2 B to Meet Expanding International Student Demand

HC order – licence must to play music or sound recording at…