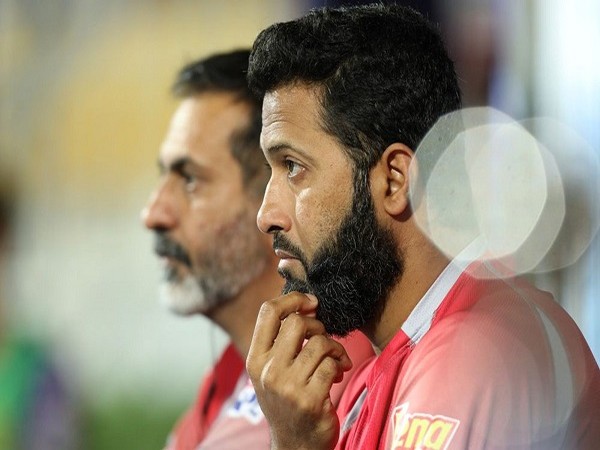 New Delhi [India], February 11 (ANI): Former India captain Anil Kumble on Thursday backed Wasim Jaffer’s decision to step down as the head coach of Uttarakhand and added that it will be players loss to miss the former batsman’s mentorship.
Jaffer cited that there was a lot of interference from the selection committee and Cricket Association of Uttarakhand (CAU) secretary Mahim Verma in team selection. He also said that he was fully devoted to coaching Uttarakhand, and in his resignation email, he shared that he turned down various coaching roles, including the offer of Bangladesh’s batting coach.
“It is very disheartening and it is very sad, to be honest. I have worked with so much intensity and I was fully committed to being the coach of Uttarakhand. I always wanted to push the deserving candidates. It seemed like that I was fighting for every little thing. There was so much interference of the selectors, sometimes non-deserving players are being pushed,” Jaffer told ANI on Thursday.
“The secretary Mahim Verma has a lot of interference, whenever you talk to him, he says to talk to him. There were many roadblocks and he never responded to me. Towards the end, they selected the team for Vijay Hazare Trophy and I was not kept in the loop. They changed the captain, 11 players were changed, if things have to go down like this, then how can one work? I am not saying that I will select the team, but if you do not take my recommendation then what is the point of me being there,” he added.
Kumble replied to Jaffer’s post on Twitter: “With you Wasim. Did the right thing. Unfortunately, it’s the players who’ll miss your mentorship.”
Jaffer was appointed as the coach of Uttarakhand in June last year. As per some media reports, some CAU officials have also levelled communal allegations against Jaffer, saying that the domestic cricket stalwart was creating a religious divide within the team. However, he termed it as completely “baseless” and said if this was the case, then he would have not resigned, rather he would have been sacked.
Kumble and Jaffer both are part of Kings XI Punjab support staff. Kumble is Director of Cricket Operations while Jaffer is batting coach of the Mohali-based side.
However, when ANI contacted CAU secretary Mahim Verma for his take on the whole Jaffer issue, he said that the former India cricketer misbehaved with him many times and he wanted the selection committee to always back his calls.
“Wasim had so many issues and whatever he is saying it is absolutely false there is no fact in his statement. We started creating activities on his request only. He organised a selection match. Jaffer said that if things will not run in my opinion I will step down. He also said that trainer and bowling coach will be from my side I said okay. The selection committee said whatever team he is asking we can give him and if there will be no performance we will take action against him,” said Mahim Verma.
“He also misbehaved with me several times. On February 7, he gave a separate list of players, I am again saying that he has a right to recommend but he cannot send a list of players who will be selected by the selection committee. There were many issues with him. We wanted a good cricketing atmosphere in our association that is why we hired him,” he added. (ANI)