We felt that Delhi’s healthcare system would not be able to take in more patients on such a large scale. If we do not impose a lockdown now, we might face a tragedy. We do not want Delhi to face such a situation where patients are lying on the corridors or losing their life on the streets; at any cost,” Kejriwal said 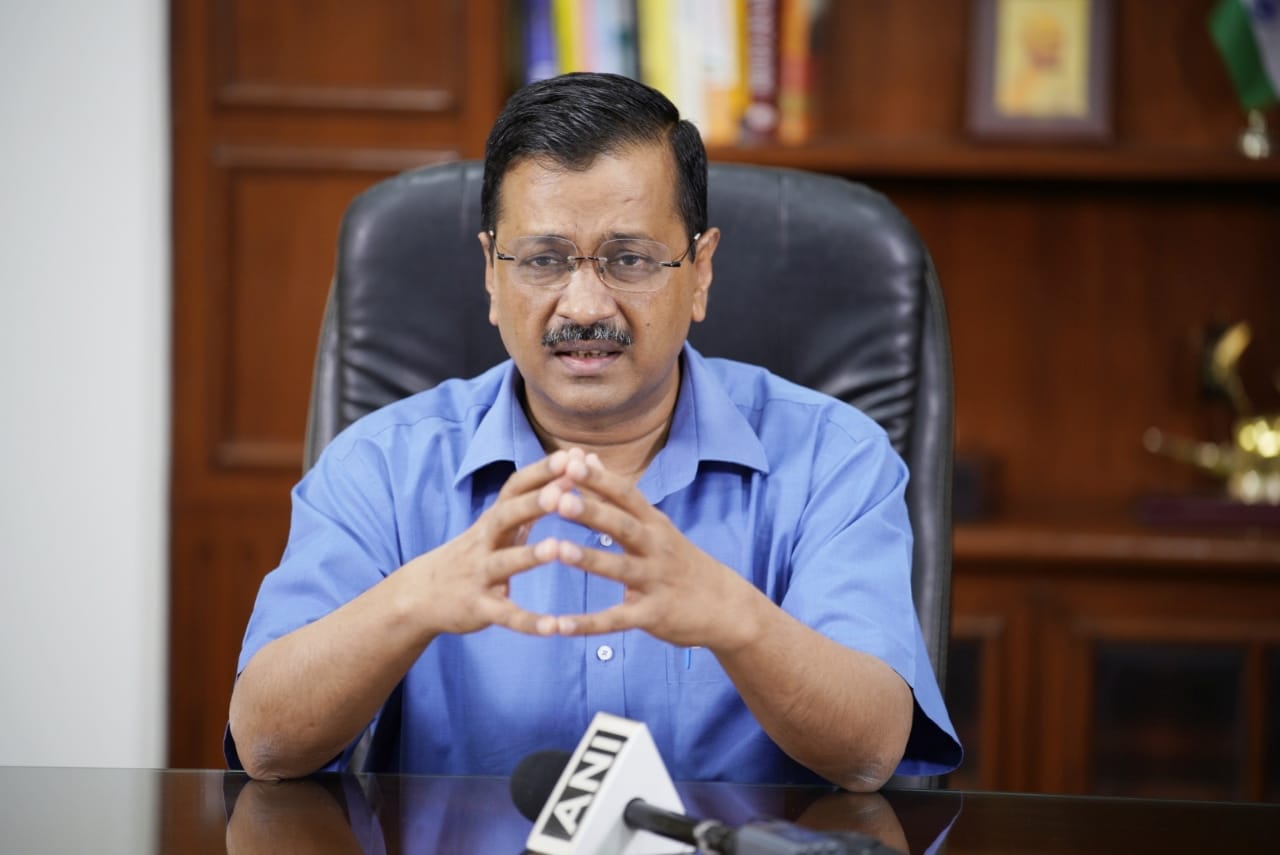 Chief Minister Arvind Kejriwal on Monday announced a week-long lockdown in Delhi, starting from 10 PM on Monday till next Monday i.e. 26th April in the wake of a sharp surge in Coronavirus cases in the city.

The decision was taken following a meeting of the CM with L-G Anil Baijal on Monday. After the meeting Kejriwal said, “We felt that Delhi’s healthcare system would not be able to take in more patients on such a large scale. If we do not impose a lockdown now, we might face a tragedy. We do not want Delhi to face such a situation where patients are lying on the corridors or losing their life on the streets; at any cost.”

Addressing a digital press conference, the CM said, “Since Corona emerged a year ago, I have come in front of you from time to time, keeping all facts and the situation at hand in front of you and discussing the same with you. One thing we have always upheld- we never gave out wrong information, never lied to you, and presented the situation as it is. If the situation was good, we informed you, and even if it wasn’t we told you honestly.”

He said, “As far as the current situation in Delhi is concerned, in the last 24 hours, approximately 23,500 new cases have come up. Prior to that, around 25,500 cases came to light. Hence, from the past 3-4 days we have noticed that around 25,000 cases are coming up on a daily basis. Positivity has increased a lot. The number of beds in the Delhi hospitals is falling short. If 25,000 cases come up daily then any system can creak. There is a heavy shortage of beds in Delhi. I checked the app today and it showed that there are less than 100 ICU beds in Delhi. There is a shortage of oxygen as well…One private hospital informed us that around 3 AM, the night before Sunday, they had almost no oxygen left. They panicked as a huge tragedy could have occurred. It was with great difficulty that they managed to procure oxygen. We are falling short of medicines, especially Remdesivir.”

“I am not informing you of all this to scare you. This is the actual situation. We need to decide on the next step that needs to be taken has to be in light of this situation. The Corona situation in Delhi is very critical.

“..Delhi’s health system is still working. However, if strict measures are not taken now, this system can collapse. If the health system collapses, then I fear we might witness a huge tragedy.”

He added, “…This is also the wedding season. It is with great difficulty that people find a good match and we do not want to hamper this. Hence, only a total of 50 people would be allowed to attend the wedding for which separate passes would be issued. A detailed order would be published in a while, stating all services that would continue and all those that would be prohibited.”

Kejriwal appealed to the labourers to not panic and to stay in Delhi. He said, “Hon’ble LG and I have taken this decision only when no other option was available. It was not easy for us to take this decision as I understand how people lose their jobs and salaries during the lockdown. This is especially difficult for the economically weaker sections and daily wage labourers…I would like to appeal to them, with my hands joined, this is a short lockdown for 6 days. Please do not leave Delhi. You would lose a lot of time, money, and energy in traveling. Stay in Delhi. I have full faith that this short period of lockdown would not be extended. We might not have to extend it. Trust me that if we fight this together, we would be able to overcome this. I assure you, the government will take full care of you. I am here, have faith in me.”

He said, “I appeal to all citizens of Delhi- we have taken this decision with great difficulty. All of you know that I have been strictly against a lockdown and have always opposed it. I believe that a lockdown would not put an end to Corona, it only reduces the pace of its spread. I have always believed that imposing a lockdown becomes crucial, only after the health system of the city reaches its limit. This ensures that the number of patients reduces and the health system revives.”

Get benefits up to Rs. 4,500 on Whirlpool Refrigerator on Bajaj Finserv EMI Store

RELIANCE JEWELS CELEBRATES THEIR 15TH ANNIVERSARY WITH THE LAUNCH OF AABHAR…

No one can be ‘forced’ to buy tricolour, clarifies Haryana Chief Minister