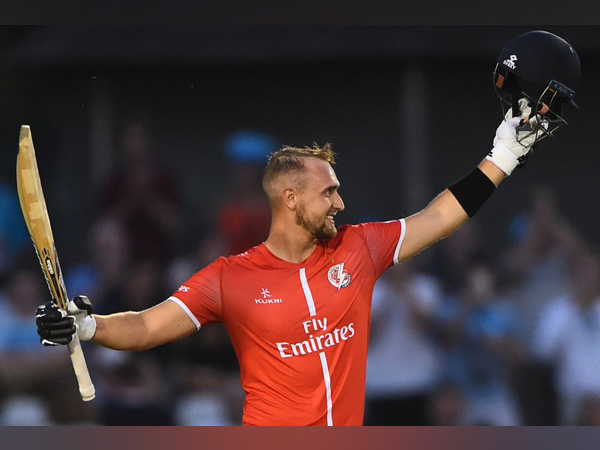 London [UK], February 11 (ANI): England on Thursday named their 16-player squad for the upcoming five-match T20I series against India slated to begin from March 12 in Ahmedabad.
Lancashire batsman Liam Livingstone has been added to the squad after his brilliant performances in the recently concluded Big Bash League (BBL). Wicket-keeper batsman Jos Buttler, who has been rested for the last three Tests against India, will return for the shortest format of the game.
The England team will depart on February 26 and will play five T20Is in Ahmedabad. The visiting side also named two reserve players in Jake Ball and Matt Parkinson.
“England Men have named their 16-player squad for the men’s International Twenty20 matches in India in March. The squad for the three One-Day Internationals that follow the IT20 series will be announced in due course,” the England and Wales Cricket Board (ECB) said in an official statement.
England T20I squad: Eoin Morgan (capt), Moeen Ali, Jofra Archer, Jonny Bairstow, Sam Billings, Jos Buttler, Sam Curran, Tom Curran, Chris Jordan, Liam Livingstone, Dawid Malan, Adil Rashid, Jason Roy, Ben Stokes, Reece Topley, Mark Wood
Reserves: Jake Ball, Matt Parkinson
England and India are currently locking horns in a four-match Test series. England defeated India by 227 runs in the first Test at the MA Chidambaram Stadium on Tuesday and the two sides will now face each other in the second Test from Saturday.
England’s winning start against India in their ICC World Test Championship series has kept alive the visiting side’s hopes of making the final of the nine-team competition.
The victory at the MA Chidambaram Stadium in Chennai on Tuesday lifted England to first place and 70.2 percentage points on the points table and they’ve improved their chances of securing one of the three series results in their favour that could see them through to the final – 3-1, 3-0 or 4-0.
New Zealand has already qualified for the final winning 70.0 per cent of their matches (with no other series scheduled) while India and Australia remain in contention for the other place along with England.
India, who have slipped to the fourth position with 68.3 percentage points, cannot afford another loss in the four-match series and will be looking to win at least two of the remaining three matches to secure a 2-1 or 3-1 result and a place in the final. (ANI)