New 3AC economy coach has 83 berths as compared to 72 berths in 3AC coach. The fare structure for this coach is 8% lesser than 3AC coach. 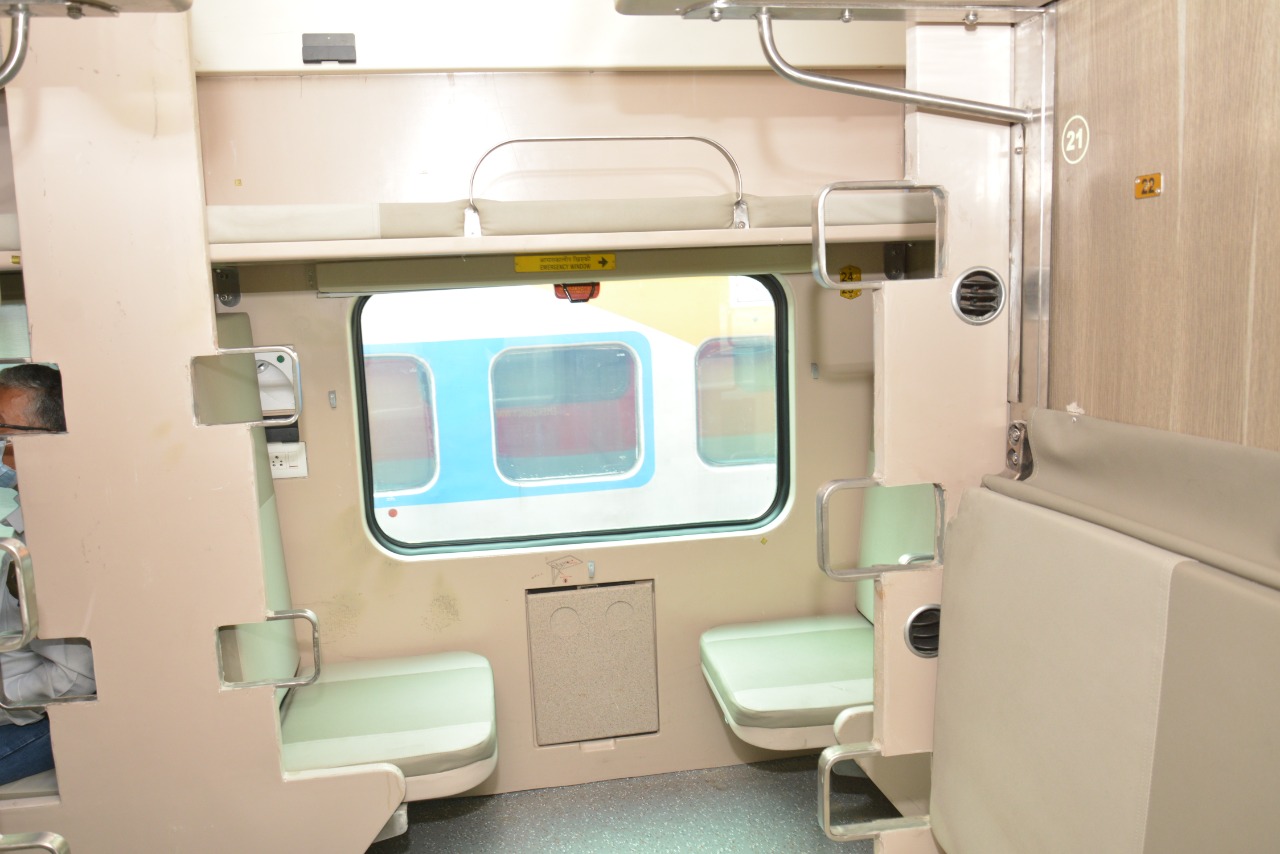 Vaishnaw appreciated the features of A.C, -3 tier economy class coaches and said that full trains of such type of coaches should be run on priority. This AC 3-tier economy class is expected to offer AC convenient and pleasant travel to the masses while keeping it affordable.

He emphasizes that efforts should be made to run a full train consisting of A.C-3 tier economy coaches.

The design of the coach includes redesigning the AC ducting to provide individual vents for each berth.

The coach also has an improved and modular design of seats and berths, foldable snack tables in both longitudinal and transverse bays, injury free spaces and holders for water bottles, mobile phones and magazines. Individual reading lights and mobile charging points are provided for each berth in addition to the standard sockets.

Additional berths have been provided in the coach as the number of berths in the new coach has been increased from 72 to 83. The coach also has wider doors making convenience for specially abled passengers

This economy class coach will bring many changes in rail travel which will now be more convenient, safer and faster besides 8 % less fare. The AC three tier economy class coaches are already running in Lucknow A.C  special train .

Anushka Sharma steps out in glamorous avatar after long…