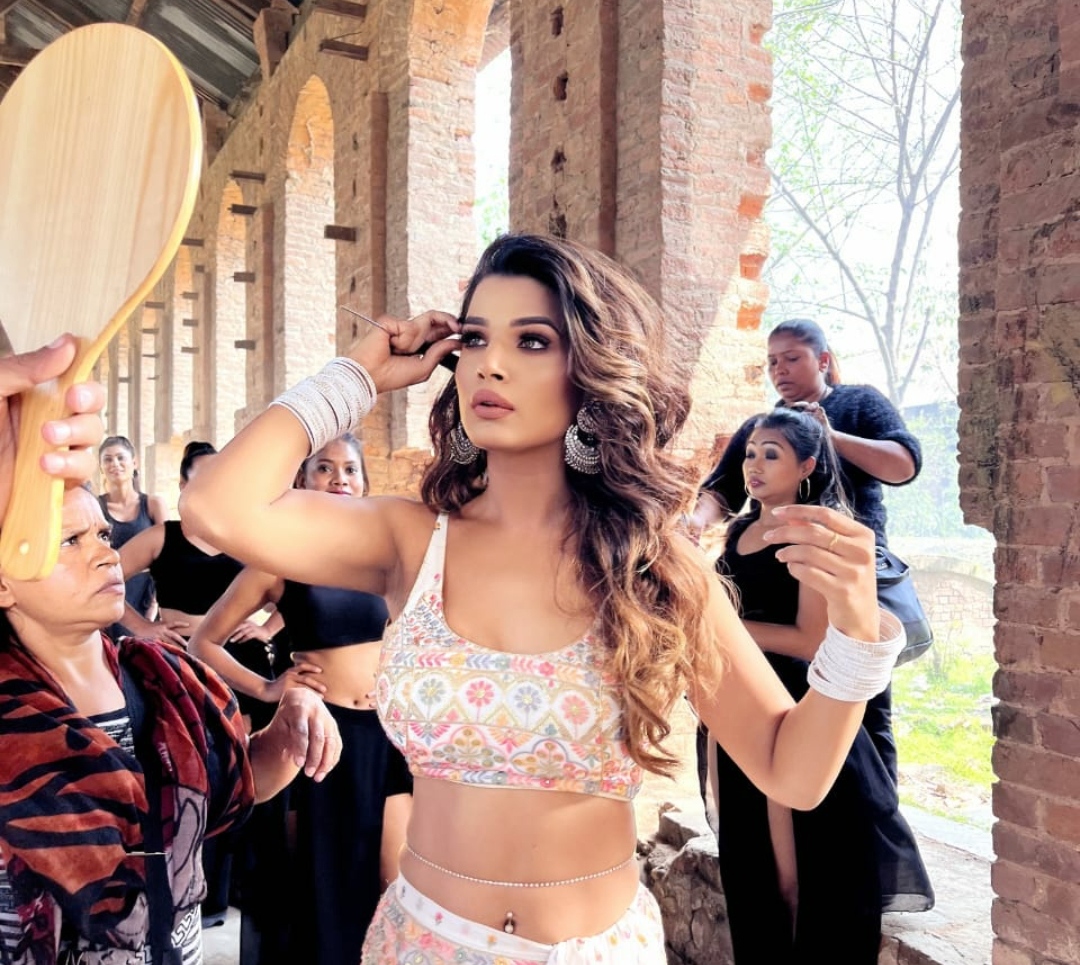 New Delhi (Dinesh Zala): Stunning in a multi colored white outfit with droolworthy abs, Naina Singh’s glimpses from the set of her upcoming film Mussoriie Boyz are just too hard to ignore. She looks captivating in a white and multi colored attire.

Naina Singh is a popular face on television as she has been glimpsed on several reality shows in the past. She is best known for her work in MTV Splitsvilla where she was one of the most-supported contestants for her fierce attitude and ability to pull off any task.

Currently, shooting for Mussorie Boyz is going on amidst the lush green surroundings of Mussoorie and Dehradun.Talking about the project, Naina says “I feel that the story is very interesting as it beautifully depicts the bond of friendship, with slight glimpses of humour and comedy. Shooting in beautiful scenery and landscape is always a pleasure.”

Naina Singh will be seen performing on a music track with Prashil Rawat that will portray the fusion of Garhwali and Hindi for the first time.