New Delhi [India], April 18 (ANI): Bollywood veteran star Neetu Singh, on Sunday treated fans to her priceless throwback picture with daughter Riddhima.
The 62-year-old actor, who is one of the most active senior celebrities on social media, hopped on to her Instagram stories with the photograph from the family album, showcasing a younger Neetu Kapoor with toddler Riddhima on her shoulders.
“Mera Chotasa,” Neetu wrote with a growing heart emoticon. 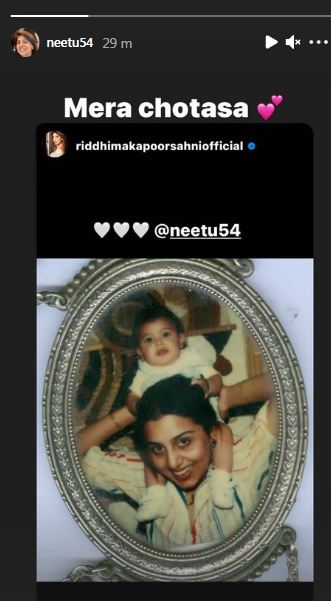 Among Riddhima Kapoor Sahni and her brother Ranbir Kapoor, she was closer to Dad Rishi Kapoor.
Neetu had earlier shared an interesting anecdote with fans on ‘The Kapil Sharma Show’ in November 2018, where she revealed that her husband was fond of his older child. She shared the same on her Instagram handle. 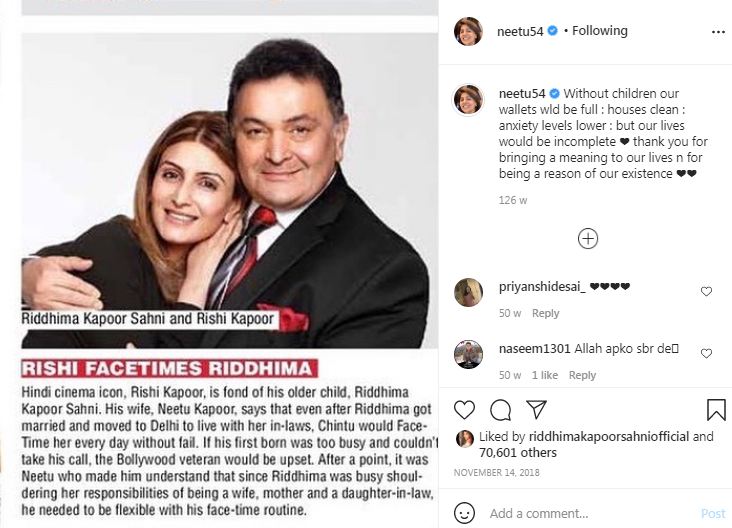 The ‘Kabhi Kabhie’ actor revealed how Riddhima, who got married and moved to Delhi, would face-time with her Dad every day.
If Rishi’s apple of the eyes would be busy, the Bollywood veteran would get perturbed.
After a point, it was Neetu who made him understand that since Riddhima was busy shouldering her responsibilities of being a wife, mother and a daughter-in-law, he needed to be flexible with his face-time routine. (ANI)