No passenger deaths due to train accidents in nearly 22 months: Piyush Goyal 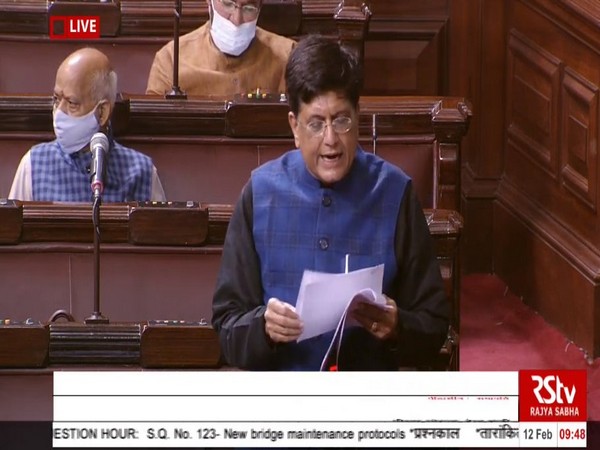 New Delhi [India], February 12 (ANI): Union Railways Minister Piyush Goyal on Friday said that there has not been a single passenger death due to train accidents in nearly 22 months.
Speaking about the condition of the railway bridges in Rajya Sabha, Goyal said, “Over the last 6 years, we have focused more and more amounts on safety. The last passenger death due to a railway accident happened on March 22, 2019. For the nearly 22 months, we have not had a single passenger death due to train accidents.”
The minister said that the government has have focused its attention on bridge repairs and maintenance.
“We have a very robust system of inspection, once before monsoon, once after the monsoon. Data of the last inspection of major bridges, important Road Under Bridges and Road Over Bridges has either been put up on the bridge itself, or the nearest Railway Station,” Goyal said.
“The common public can be aware of how Railways is maintaining bridges, which will generate confidence,” he added.
Goyal further said that the government has gone through an elaborate restructuring of the Railway Board.
“In the new restructured Railway Board, We have designated a director-general of safety for the first time, whose total focus will be on safety,” he added. (ANI)