Mayor of North Delhi Raja Iqbal Singh said that the lockdowns have further worsened the situation of financial distress and if no assistance is extended by the government of Delhi at this juncture, it will be difficult for the North DMC to manage things. 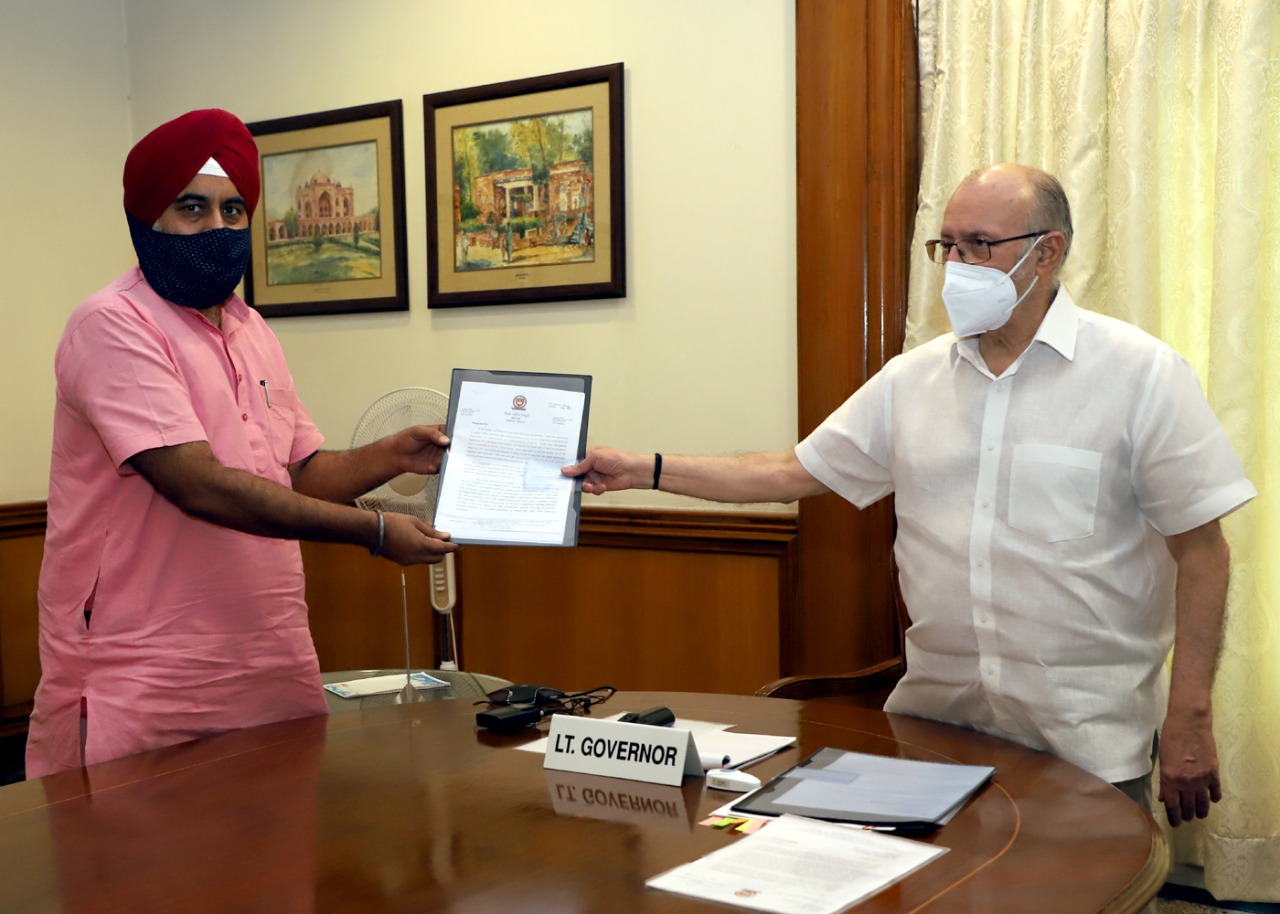 Rajendra S Markuna (New Delhi):   The North DMC has sought Lt .governor ( LG) Anil Baijal’s intervention in a matter related to release of about   Rs 611 crore from the Delhi government.

Mayor of North Delhi  Raja Iqbal Singh here on Monday also called on the lt. governor  of Delhi inthis regard, apprising him about the financial condition of the North DMC.

Singh said that non-plan/plan grant-in-aid for the second quarter of the financial year 2021-22 of Rs. 611.31 crores has not yet released by Delhi government to North DMC. He urged the LG to  intervene in this matter for an early solution by directing the Delhi government to release the remaining grant of Rs. 611 crores.

He said that property tax is the main source of revenue of any corporation. The North DMC on trifurcation got a raw deal as none of the category A & B areas, which fetch handsome property tax collection remained with North DMC. The areas being largely rural and occupied by unauthorized colonies have very little scope of good tax collection as they largely fall in F,G & H categories. This aspect was totally ignored while trifurcation.

The  North DMC is not able to disburse salary, pension and retirement benefits regularly to its employees because of the extreme paucity of funds. Singh said that the lockdowns have further worsened the situation of financial distress and if no assistance is extended by the government of Delhi at this juncture, it will be difficult for the North DMC to manage things,  he said.

Singh said that the government of Delhi did not implement 4th DFC recommendations due to which North DMC stood at a loss of Rs. 968.97 crores. In the meanwhile, 5th DFC was also constituted and the deep financial crisis present in North DMC was discussed and deliberated upon before the commission by corporation. The commission was satisfied that the major source of mismatch between revenue and expenditure in the North DMC  is the hospitals and as such a special grant-in-aid to be provided to North DMC GNCTD.