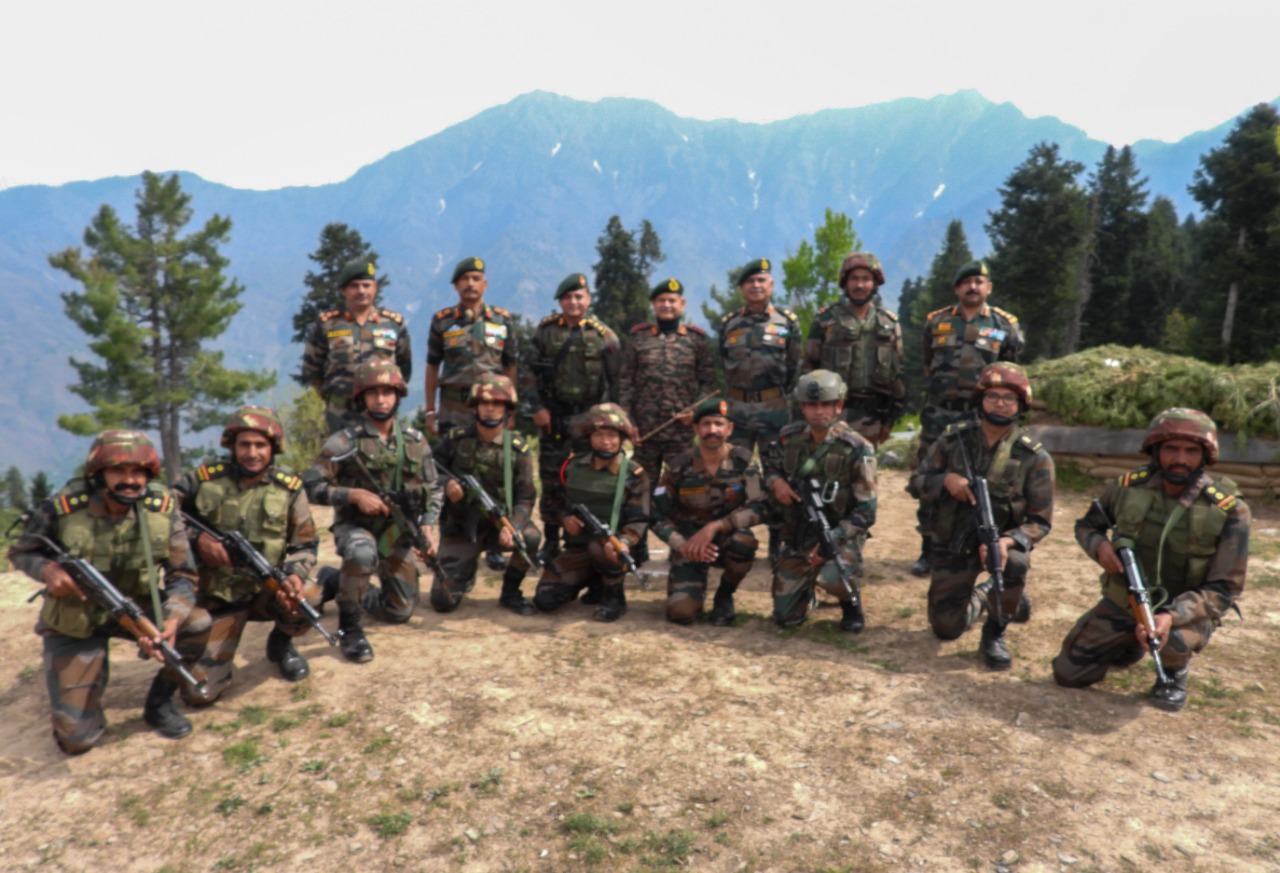 Srinagar: The Northern Army Commander, Lt Gen Upendra Dwivedi, on the final day of his visit to Kashmir Valley, spent the morning hours interacting with soldiers at forward locations and reviewing the security situation along the Line of Control with the Formation Commanders.

The Army Commander was accompanied by Lt Gen DP Pandey, GOC Chinar Corps during the visit. The local Commanders briefed the Army Commander on the security situation on the Line of Control, operational preparedness and measures instituted to thwart the adversary’s designs. Local Commanders also briefed about the development defence works being carried out at their respective locations.

The Army Commander, while interacting, laid special emphasis on being vigilant and maintaining the sanctity of the Line of Control. He was appreciative of the measures and Standard Operating Procedures instituted by the units and formations to meet the challenges posed by the inimical elements. During his interaction with the soldiers, the Army Commander was appreciative of the sharp vigil and alertness along the Line of Control and high morale of the troops.

According to Imran Khan PRO (Defence) Srinagar, the Army Commander visited Radio Chinar, the Community Radio Station at Mazbug and interacted with youth employed at the Radio Station. He appreciated the wide variety of programmes being broadcast, while meeting the aspirations of listeners of all age groups. He urged them to include more programmes, which would essentially benefit the youth of the area.