NZ vs Aus: Turner feels most comfortable while playing in middle-order 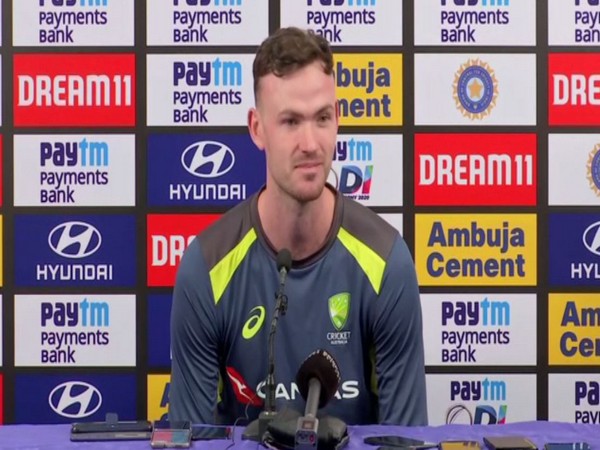 Christchurch [Australia], February 11 (ANI): Australia batsman Ashton Turner on Thursday said that he feels the most comfortable while playing in the middle-order.
Australia will next be seen in a five-match T20I series against New Zealand, beginning February 22.
Turner is in line to play at number fix for Australia as skipper Finch has already said that the top five would be occupied by himself, Matthew Wade, Josh Philippe, Glenn Maxwell and Marcus Stoinis.
“I have spent my whole career batting in the middle order for various teams, whether it is for Western Australia or in the Big Bash for the Perth Scorchers or when I have got to play for Australia. It is certainly the role I feel the most comfortable playing,” cricket.com.au quoted Turner as saying.
“I feel like if selected I have got the skills and I feel like I am playing well enough to do a good job for the team but that being said, there are some quality guys in our squad who also bat in the middle order. I have got no doubt whichever way the selection hammer falls that the XI we put out onto the park are going to be really competitive,” he added.
Since the last T20 World Cup in 2016, Australia have not found a settled number six batter. Thirteen players have been tried out for the slot and they collectively average 10.21 at strike rate of 98.25.
“Quite often the role of a middle-order batter is to walk out and you might have to try to find a boundary in your first or second ball. That is something you do not prepare for in red ball cricket, so I like to think my training reflects that. I do not train for as long in T20 cricket but it’s a really high-intensity and certainly a skill to be able to walk out to bat and not face dot balls, to score really quickly and potentially need to find the boundary early,” said Turner.
“It is a skill to be able to get off strike and get your mate who is at the other end on strike and being really adaptable. I like to think my training reflects all situations,” he added.
Australia squad: Aaron Finch (c), Ashton Agar, Jason Behrendorff, Mitchell Marsh, Glenn Maxwell, Ben McDermott, Riley Meredith, Josh Philippe, Jhye Richardson, Kane Richardson, Daniel Sams, Tanveer Sangha, D’Arcy Short, Marcus Stoinis, Ashton Turner, Andrew Tye, Matthew Wade, Adam Zampa. (ANI)