NZ vs Aus: Zampa credits Finch for his success in white-ball cricket 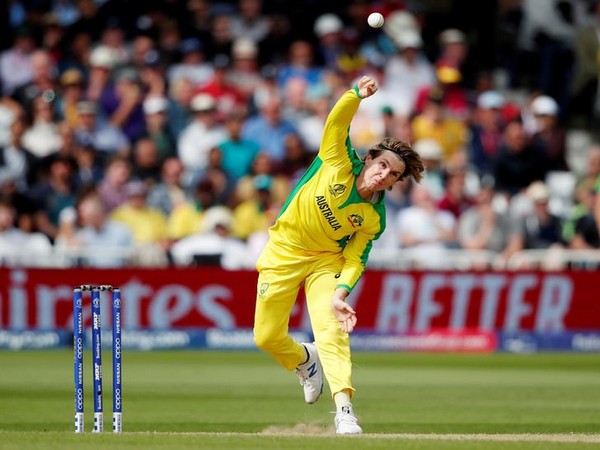 Christchurch [New Zealand], February 11 (ANI): Australia spinner Adam Zampa on Thursday credited skipper Aaron Finch for his success in white-ball formats (ODI and T20Is).
Zampa also said that the freedom given by Finch has helped him in being more expressive. The leg-spinner has climbed to the fourth spot on the ICC men’s T20 bowling rankings and as high as second in October 2019.
“Being led well as a leg-spinner is everything. You can be bowling the absolute house down in the nets and feel like you’re bowling well in the game but if you’ve got a leader who is controlling, wants you to bowl a certain way every single ball every single time, it’s just added pressure on you,” Zampa told SEN, as reported by cricket.com.au.
“With Finchy in particular, he’s very communicative when I’ll be bowling each game and who he wants me to bowl to but once I get out there he’s just ‘go with your gut, mate’. It works really, me and Finchy together,” he added.
Zampa has managed to take 67 wickets in white-ball cricket in the last two years. During this period, he was also dropped in the 2019 World Cup, but he made his way back into the team and now he has cemented his place as the frontline spinner.
“As soon as you start worrying about yourself and worrying whether you’re going to be on (the T20 World Cup tour) it’s not the greatest of attitudes to have,” Zampa said.
“I see myself on that tour. I see myself as a massive leader in this side too, so I’m going to try and do everything possible to try and get us playing the best cricket possible so that we can have success at the tournament and not just be there,” he added.
Australia will now be in action in the upcoming five-match T20I series against New Zealand, beginning February 22.
Australia squad: Aaron Finch (c), Ashton Agar, Jason Behrendorff, Mitchell Marsh, Glenn Maxwell, Ben McDermott, Riley Meredith, Josh Philippe, Jhye Richardson, Kane Richardson, Daniel Sams, Tanveer Sangha, D’Arcy Short, Marcus Stoinis, Ashton Turner, Andrew Tye, Matthew Wade, Adam Zampa. (ANI)