Pinarayi govt made backdoor appointments for its own people: Chennithala 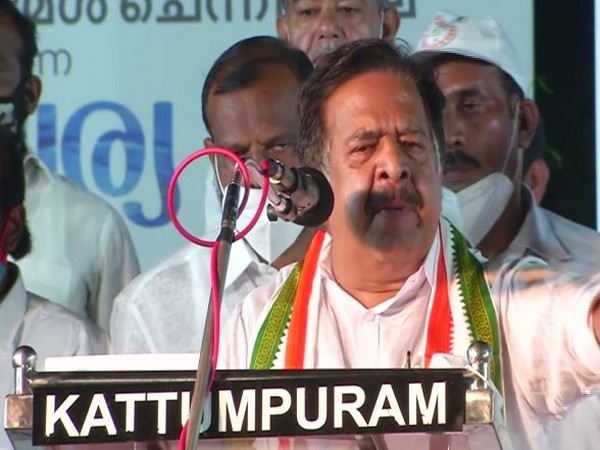 Kochi (Kerala) [India], February 12 (ANI): Leader Of Opposition in Kerala Assembly Ramesh Chennithala on Thursday attacked the Left Democratic Front (LDF) government over the recruitment row saying that the Pinarayi Vijayan regime has made backdoor appointments for its own people, relatives and loved ones by deceiving the entire youth.
Ahead of Kerala Assembly polls, Chennithala reached Kochi as part of United Democratic Front (UDF)’s Aishwarya Kerala Yatra. During his address to the party supporters, Chennithala attacked the Vijayan government over various issues.
“Why the CM can’t see the feelings of millions of young people who are not getting jobs despite being named in the Public Service Commission (PSC) rank list? You can not stop the rising youth’s anger against you. It does not matter to blame the opposition on this. I declare my complete solidarity with the protest of the rank holders in Kerala. The protest is against a government that has made backdoor appointments for its own people, relatives and loved ones by deceiving the entire youth,” he said.
Commenting upon the handling of COVID-19 pandemic by Kerala government, Chennithala said, “Why COVID-19 cases are only increasing in Kerala? You have failed. You were pickpocketing people during the Covid period. The poor did not get a single rupee out of the Rs 20,000 crore Covid package announced by the state government.”
The Congress leader said that there is an alliance between the Communist Party of India (Marxist) and Bharatiya Janata Party (BJP).
“Both the BJP and the CPIM speak of communalism. There is an alliance between the CPIM and the BJP. That alliance is a danger to secularism. The goal of the BJP and the CPIM is a UDF-free Kerala. Where did the gold smuggling case vanish? Where did the NIA investigation reach? Where is ED? Where is customs? How did Sivasankar get bail after smuggling gold 21 times? Why did Customs not oppose bail? This is proof that the alliance between the BJP and the CPIM is growing in Kerala CM didn’t utter a single time Prime Minister Narendra Modi’s name in five years,”
Appealing citizen to vote for UDF, Chennithala said, “The plan announced by Rahul Gandhi in the last parliament elections will be implemented when the UDF comes to power in Kerala. The idea of bill-free hospitals for the poor will also be implemented.” (ANI)

WHO says COVID-19 fatalities in Africa surged amid new variants