Mumbai (Maharashtra) [India], April 20 (ANI): To drive away the mid week blues, Bollywood’s handsome hunk Shahid Kapoor on Tuesday treated fans to a stunning sunkissed picture.
The ‘Kabir Singh’ actor took to Instagram to post a picture of himself as he posed by looking at the lens.
The actor looks handsome with his long luscious locks and full-grown beard as he poses in the open. Bearing an uncanny resemblance to his character in ‘Kabir Singh’, Shahid looks stunned as he posed by holding his chin with his thumb and looks straight into the camera. The actor is seen donning a white full-sleeve shirt as he posed in the sun, and gave serious expressions.
Taking to the caption, the ‘Udta Punjab’ actor wrote, “Straight at ya…” 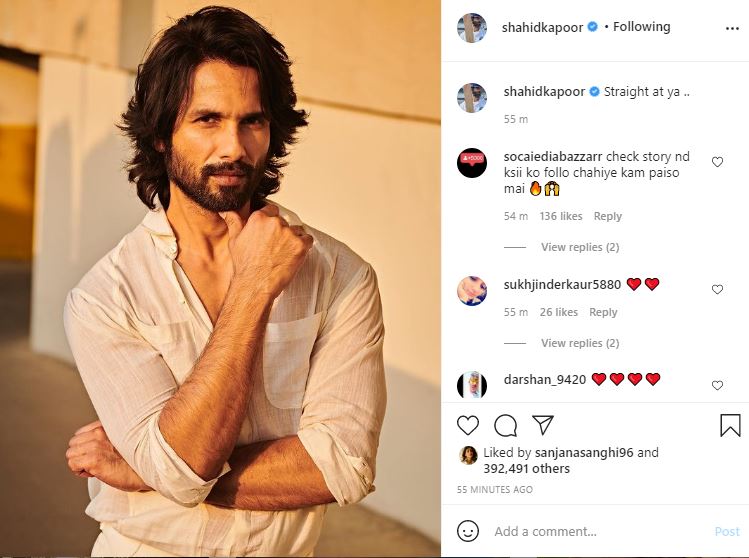 Celebrity followers including Sanjana Sanghi and more than 3.9 lakh fans liked the post within an hour of being posted while many chimed into the comments section as they adored the photo.
Scores of fans left fire and red heart emoticons in comments as they showered love on their favourite star.
Meanwhile, on the professional front, Kapoor will be next seen in the remake of the sports film ‘Jersey’. The 39-year-old star will be seen essaying the role of a cricket player in the movie. He had recently wrapped up shooting for it. It also features actors Mrunal Thakur and Pankaj Kapur, among others.
He is also set to star in filmmakers Raj and DK’s upcoming OTT project which will also feature actor Raashi Khanna. (ANI)