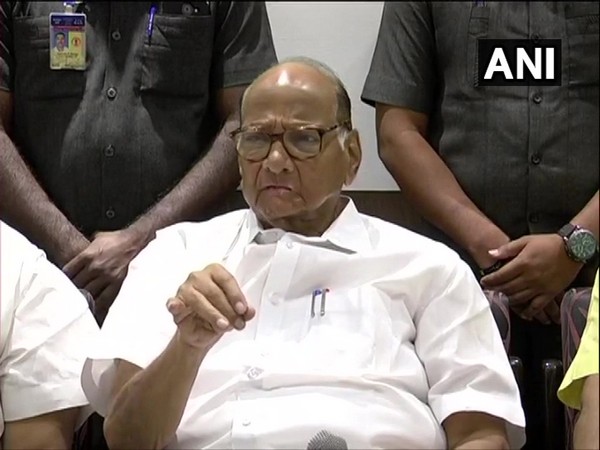 Kolhapur (Maharashtra) [India], Feb 14 (ANI): Nationalist Congress Party (NCP) chief Sharad Pawar on Friday said that the Maharashtra government’s alleged decision to transfer the Bhima-Koregaon case to the Centre is constitutionally wrong as the investigation of crime falls under state’s jurisdiction.
“Behaviour of some people in Maharashtra Police (involved in Bhima Koregaon investigation) was objectionable. I wanted that the role of these officers is investigated. In the morning, there was a meeting of Maharashtra government ministers with police officers. At 3 pm, the Centre ordered the transfer of the case to NIA. This is wrong as per the Constitution because crime’s investigation is state’s jurisdiction,” he said. “The Centre taking out investigation out of state’s hands in this manner is wrong and Maharashtra government giving support to their decision is also wrong,” he said.
Last month, Maharashtra Home Minister Anil Deshmukh had said that the Centre should not have transferred the Bhima Koregaon case to NIA without taking the state government in the loop.
“The Centre should not have transferred the Bhima Koregoan case to NIA without taking us into the loop. Today, we met the Advocate General to discuss what should be done after receiving the letter,” he had said.
“We have not received any letter regarding probe in Bhima Koregaon case. We will decide our next step after reading the letter and seeking a legal opinion on it. People from many organisation have told me that some people have wrongly been charged in the case,” Deshmukh had claimed.
On January 1, 2018, violence had erupted during the 200th-anniversary celebrations of the Bhima-Koregaon battle. One person lost his life while several others were injured in the incident. Police had filed 58 cases against 162 people. (ANI)

Blast from the past: Priyanka Chopra shares throwback photo of Miss World win