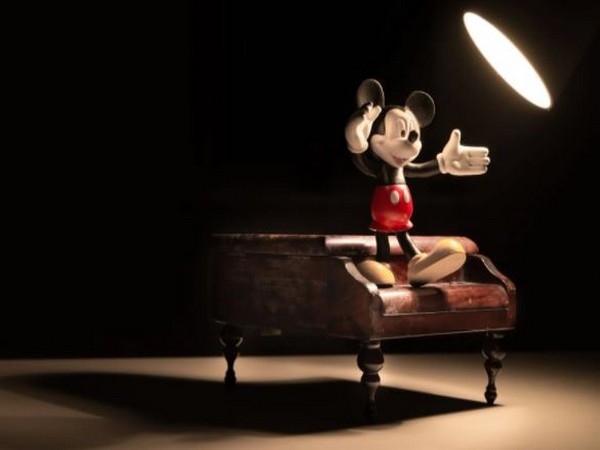 Washington [US], December 1 (ANI): A new survey from the National Research Group has found the top entertainment franchises.
According to Variety, the new survey from the National Research Group (NRG) claims ‘Disney Plus’, ‘The Mandalorian’, ‘Avengers’ films and ‘Stranger Things’ are the top entertainment franchises. NRG, a global strategy firm, conducted more than 350,000 interviews with U.S. consumers of about 700 entertainment franchises in January 2019, to discover about the franchises which resist the time test and continue to evolve and revamp the ideas to remain to provoke to their global fans.
Jon Penn, CEO of NRG said, “Consumers are ready for entertainment franchises to lean into important cultural conversations and create a new reality — one in which optimism, diversity and curiosity unite rather than divide us.”
Variety reported that Disney and Marvel dominated the top 20 entertainment franchises with 70% of the entries that included titles from the film, TV and video game industries. ‘The Mandalorian’ grabbed the top position, while Marvel superhero franchises like ‘Avengers’, ‘Black Panther’, ‘Guardians of the Galaxy’, ‘Iron Man’, ‘Black Widow’ and ‘Spider-Man’ followed the list.
Netflix also obtained a position in three of the top 10 titles that included ‘Stranger Things’, ‘The Witcher’, and the Bill Dubuque created ‘Ozark’. Not only this, but the production company also has more entries which grabbed the position in top 20 than Disney Plus.
As reported by Variety, the top 20 entertainment franchises considered by NRG were, ‘The Mandalorian’, ‘Avengers’, ‘Stranger Things’, ‘John Wick’, ‘Black Panther’, ‘Guardians of the Galaxy’, ‘The Witcher’, ‘Ozark’, ‘Spider-Man: Into the Spider-Verse’, ‘Black Widow’, ‘Deadpool’, ‘Thor’, ‘Iron Man’, ‘Mario Bros.’, ‘Toy Story’, ‘Doctor Strange’, ‘Spider-Man’, ‘Coco’, ‘The Lion King’, ‘Hamilton’.
The survey also researched about the elements that make each of the franchises particularly significant and generates thought-provoking ability in the audience. “The bolder a franchise is perceived to be, the more likely people talk about it and build excitement”, said the survey researchers.
The rise in online streaming sites has been observed since the COVID-19 pandemic came into existence. Most films got delayed in 2020 and many consumers turned to the streaming sites and video games for their entertainment.
According to a report by Variety, video game series ‘Animal Crossing’, experienced huge momentum as players considered it a creative space rather than a game. “Games using the social connection, such as ‘Fall Guys’ and ‘Among Us’, signalled a trend where players can discover and assert who they are,” said NRG.
The popular cartoon series, ‘SpongeBob SquarePants’ and ‘Shrek’ are among the top five franchises, among Gen Z audiences, aged 13-24, according to NRG reports.
Variety also reported that Black audiences claim the strongest series for them include ‘Black Panther’, ‘Black-ish’, ‘Insecure’, ‘Atlanta’, ‘Empire’, ‘Black Lightning’, ‘Power’, ‘Queen Sugar’ and ‘Get Out’ as it features their cultural representation.
Meanwhile, the young adult franchises become popular if the production understands the fact that the genre binges upon the most diverse categories of content that inspires them in personal growth. The successful franchise among them includes the thrilling Netflix original ‘Stranger Things’, ‘On My Block’, ‘Euphoria’ and the British comedy-drama television series created by Laurie Nunn, ‘Sex Education’.
Moreover, the list follows popular unscripted franchises too, including ‘Survivor’, presented by Jeff Probst, ‘Shark Tank’, ‘The Amazing Race’ and ‘America’s Got Talent’, which feature common people.
Variety reported that NRG predicts that in 2021, successful franchises will be noted as bold and adapt to shifting attitudes while delivering content to audiences after being aware of their choices.
NRG said, “Consumers are optimistic and hopeful for new theatrical experiences next year. New and old franchises, like ‘Fast and Furious’, ‘James Bond’, ‘Ghostbusters’, ‘Top Gun’, ‘The Matrix’, ‘Black Widow’ and ‘A Quiet Place’, will return in 2021 to excite consumers and help restart the franchise engines for the future.” (ANI)