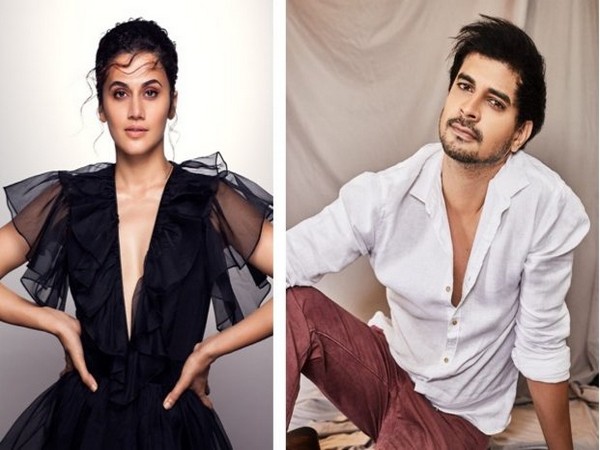 New Delhi [India], Feb 18 (ANI): After ‘Thappad’, actor Taapsee Pannu is all set to feature in a new thriller-comedy flick ‘Looop Lapeta’ by Sony Pictures Films India opposite ‘Mardaani’ actor Tahir Raj Bhasin.
The film which is an adaption of classic German thriller comedy ‘Run Lola Run’ will be produced by Ellipsis Entertainment in collaboration with Sony Pictures. The lead actors of the flick Taapse Pannu and Tahir Raj Bhasin shared the update on Twitter on Tuesday.

“Im greedy for good scripts,here’s one more,Sony Pictures India & Ellipsis Entertainment’s “LOOOP LAPETA” thriller-comedy with @TahirRajBhasin adaptation of “Run Lola Run”,” read Pannu’s tweet.
“Stoked to announce my next – Sony Pictures India & Ellipsis Entertainment’s “LOOOP LAPETA”, a crazy thriller-comedy with the incredible @taapsee! Out on 29.01.21!” tweeted Bhasin.
The film dubbed as the new-age thriller comedy is being helmed by Aakash Bhatia and will make its way to the theatres on January 29, 2021. (ANI)