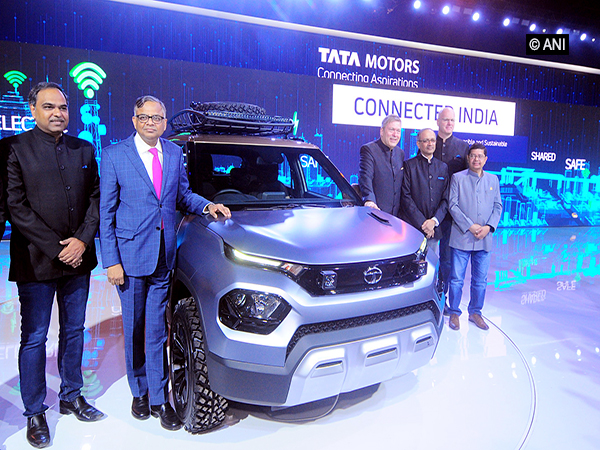 Mumbai (Maharashtra) [India], Apr 1 (ANI): Tata Motors said on Wednesday its domestic sales last month crashed by 84 per cent to 11,012 units compared with 68,727 units in March last year.
The sales in domestic and international markets during March 2020 stood at 12,924 vehicles compared with 74,679 units during March 2019. Commercial vehicle sales cracked by 90 per cent to 5,336 units from 50,917 units in March last year while commercial vehicle exports plunged by 68 per cent to 1,787 units in March 2020 from 5,619 units in the same month last year.
“Cumulatively, commercial vehicle domestic sales for FY20 at 3.1 lakh units were 34 per cent lower than FY19,” said Girish Wagh, President for Commercial Vehicles Business Unit at Tata Motors Ltd.
“Retail was 16 per cent higher than offtake for the entire year. Domestic sales in March were 5,336 units, deeply impacted by the COVID-19 lockdown as well as the planned transition to BS VI norms,” he said in a statement.
On the other hand, passenger vehicle sales dipped by 68 per cent last month to 5,676 units from 17,810 units in March last year.
Mayank Pareek, President for Passenger Vehicles Business Unit, said the sales were affected by the COVID- 19 outbreak and the subsequent nationwide lockdown.
“However, the customer response to our newly-launched models — the Altroz and the refreshed BS VI range — is encouraging. Our BS IV vehicle stock is near zero in the entire network,” he said. (ANI)

IOA thanks members for contributing to PM-CARES