Cooperatives provide jobs to 10 percent of the employed population and the 300 largest cooperatives or mutuals generate US $ 2,146 billion turnover. 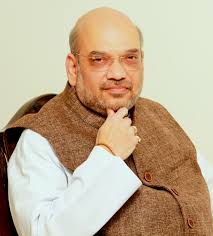 New Delhi:  The Union Minister for Home and Cooperation,  Amit Shah, will be the chief guest at the celebrations of the 100th International Day of Cooperatives, jointly organized by the Ministry of Cooperation, Government of India and National Cooperative Union of India (NCUI) on July 4 at Vigyan Bhawan, in New Delhi.

The NCUI is an apex organization of the cooperative movement in India with a focus on cooperative education and training. The theme of 100th International Cooperative Day is “Cooperatives Build  a Better World”.

The basic concept and vision of Atmanirbhar Bharat is based on the self-sustainable growth of the Indian economy; and India’s cooperative model is aligned with the Government of India’s emphasis on building an Atmanirbhar Bharat.

The aim of the International Day of Cooperatives is to increase awareness of cooperatives and promote the movement’s ideals of international solidarity, economic efficiency, equality and world peace. Cooperatives provide jobs to 10 percent of the employed population, and the 300 largest cooperatives or mutuals generate US $ 2,146 billion turnover.

TDS is the way to Success for any Entrepreneur : Mandeep Singh Pahwa