US Capitol police to hold no confidence vote against senior leadership 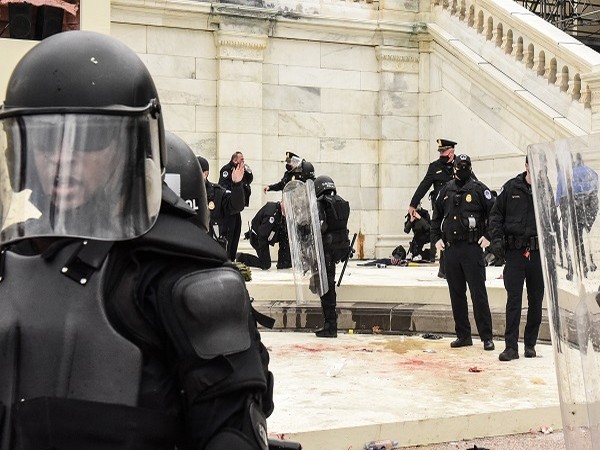 Washington [US], February 11 (ANI): Members of the US Capitol police are planning to hold a vote of no confidence in the force’s leadership this week over its failure to adequately prepare officers for the January 6 insurrection by a violent mob of former President Donald Trump’s supporters.
The Capitol Police union’s executive board called this week for the no-confidence vote against members of senior leadership, including acting Chief Yogananda Pittman, Assistant Chief Chad Thomas, Acting Assistant Chief Sean Gallagher, and Deputy Chiefs Timothy Bowen, Jeffrey Pickett and Eric Waldow, reported The Hill.
“The enormity of the multiple leadership failures both in leading up to the insurrection and in the Department’s response to it, have convinced us there is no other choice. The leadership has failed us, and we have paid a terrible price,” Gus Papathanasiou, the Capitol Police union chairman, said in a statement.
Over 140 police officers between the Capitol Police and Metropolitan Police forces were injured. Some officers sustained brain injuries, one is expected to lose an eye and another officer was stabbed with a metal fence stake, according to The Hill.
On January 6, a group of Trump supporters stormed the US Capitol to protest legislators confirming electoral slates from battleground US states they thought were invalid.
Five people died in the riot, including one Air Force veteran and a Trump supporter who was shot dead by police.
Following the violence, the US House of Representatives on Wednesday impeached Trump for “inciting” last week’s deadly violence at Capitol Hill, making him the first US President to be impeached twice.
Trump is currently undergoing his second impeachment trial, where House managers seek to prove that Trump incited violence by stubbornly refusing to accept the election defeat and bar him from holding any public office including running for president in 2024. (ANI)