Itanagar (Arunachal Pradesh) [India], April 18 (ANI): Bollywood star Varun Dhawan who is currently shooting for his upcoming film ‘Bhediya’ in Arunachal Pradesh on Sunday treated fans to a hilarious video that featured him celebrating a little baby’s birthday.
The ‘Student of The Year’ actor took to Instagram and posted a video in which Dhawan unknowingly misses out on feeding a piece of cake to a little baby who was hoping to have a taste of the same. 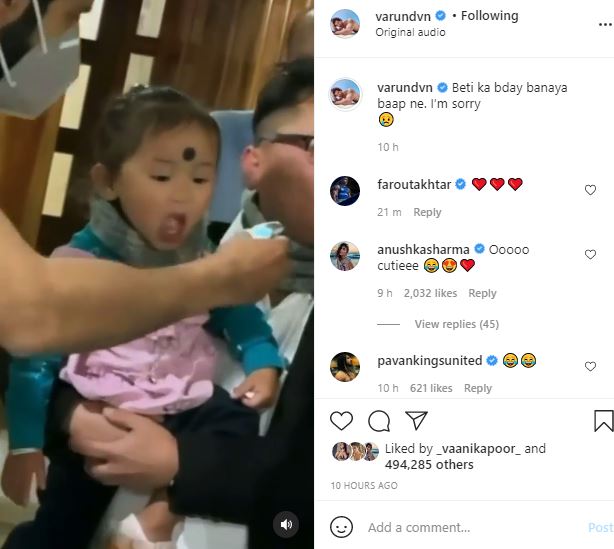 In the video, Varun is seen holding a piece of cake as he celebrated the birthday of a tiny tot, and as soon as he moves his hand closer to feed the cake, he unknowingly misses out on the adorable baby and feeds it to the little baby’s father who is seen holding the baby in his lap.
The video captures a zoom shot in which the baby is smilingly seen opening her mouth wide open as she hopes to get a bite of the piece of cake, to her dismay, her father gets a bite of the cake.
Adding another humorous twist to the clip, Dhawan posted the video with the song ‘Kya Se Kya Ho Gaya Bewafa Tere Pyar Me’ from Dev Anand starrer 1965 romantic drama ‘Guide’.