Mumbai (Maharashtra) [India], April 20 (ANI): Bollywood actor Anushka Sharma was seen spending some quality time with her husband as Indian skipper Virat Kohli holds her close in his arms.
In a picture posted by the 32-year-old cricketer on Instagram, Virat and Anushka are seen smiling from ear to ear. Kohli wrapped her in his arms.
He dropped a heart emoji along with the post. 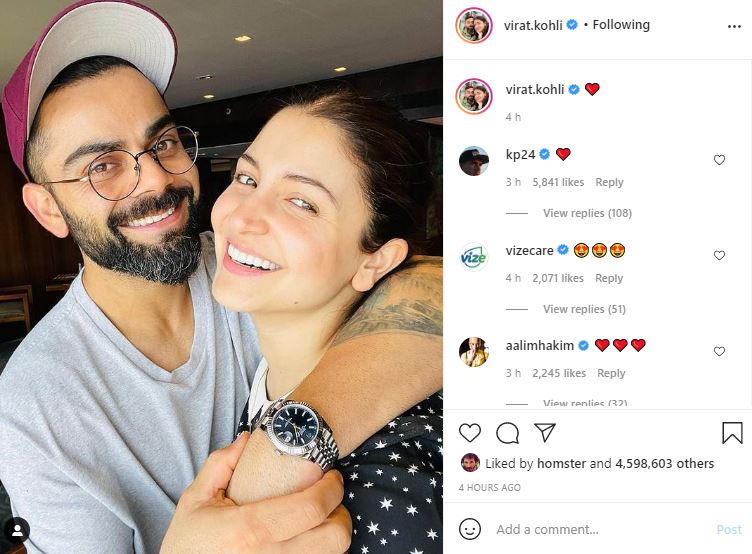 The snap comes hours after the two were spotted at the Mumbai airport. At the airport, while Virat was seen carrying the luggage, Anushka was holding their daughter.
Celebrity followers including filmmaker Homi Adajania and more than 4 lakh fans liked the post on the photo-sharing platform, while many showered love on the couple.
One of the fans wrote, “Always shining together.”
“make me believe in true love,” wrote another.
Meanwhile, currently, Anushka is embracing motherhood after welcoming her first child with Virat. The couple was blessed with a baby girl named Vamika. Anushka and Virat turned parents earlier this year.
The actor has been away from the limelight for the past two years. She was last seen in ‘Zero’ with Shah Rukh Khan and Katrina Kaif. She has recently produced two acclaimed projects – Amazon Prime Video web series ‘Pataal Lok’ and Netflix movie ‘Bulbul’. (ANI)

Vice President greets people on the eve of Ram Navami