We may be physically separate but are socially connected: Navy chief to veterans 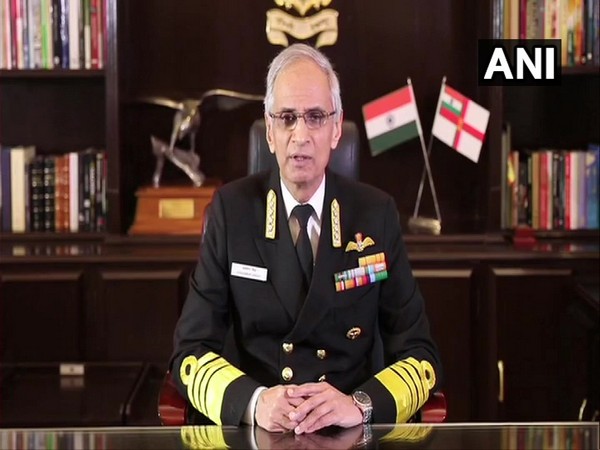 New Delhi [India], December 4 (ANI): On the occasion of Navy Day, Chief of the Naval Staff Admiral Karambir Singh on Friday extended his message to veterans saying that they may be physically separate but are always socially connected.
In his message, Admiral Singh recalled Navy’s spectacular victory in 1971 war. “This year is special as we mark commencement of ‘Swarnim Vijay Varsh’ commemorating 50 years of India’s victory in 1971 Indo-Pak war. Some of our senior veterans participated in it and contributed to Navy’s spectacular victory in 1971 war,” he said.
“We may be physically separate but always socially connected and all our veterans are in our hearts on this day. As we commemorate Navy Day celebration of Navy’s achievements would be incomplete without acknowledging your vision and efforts which helped shape the Navy of today,” he added.
Every year, December 4 is celebrated as the Navy Day to commemorate the decisive naval action by the Indian Naval ships on Karachi Port, which heralded the victory of India over Pakistan in the Indo-Pak War of 1971. (ANI)

Nikkita Ghag expresses her opinion on patriotism on this Independence Day